OLYMPIA – Anglers fishing in the Buoy 10 area near the mouth of the Columbia River will be required to release any chinook salmon they catch after Friday, Aug. 28.

Even so, the total catch over four weeks of fishing is expected to reach or exceed 35,000 chinook in the 16-mile stretch of the lower Columbia River.

“This year’s Buoy 10 chinook fishery got off to a fast start and just kept picking up speed,” said Guy Norman, regional director for the Washington Department of Fish and Wildlife (WDFW). “We had hoped to keep the chinook fishery open through Labor Day, but the mounting catch reached the harvest guideline sooner than expected.”

However, anglers can still catch and retain hatchery coho and summer steelhead in the Buoy 10 waters, which extend upriver to the Rocky Point/Tongue Point line. Both species are marked as hatchery fish by a clipped adipose fin.

All three species – including chinook salmon – are also still available for harvest upriver from the Rocky Point/Tongue Point line to Warrior Rock and beyond, Norman said.

“This fall season will continue to provide good fishing for chinook in the Columbia River upstream to the Hanford Reach,” he said. “If the Buoy 10 fishery is any indication, it should be a great year for salmon fishing.” 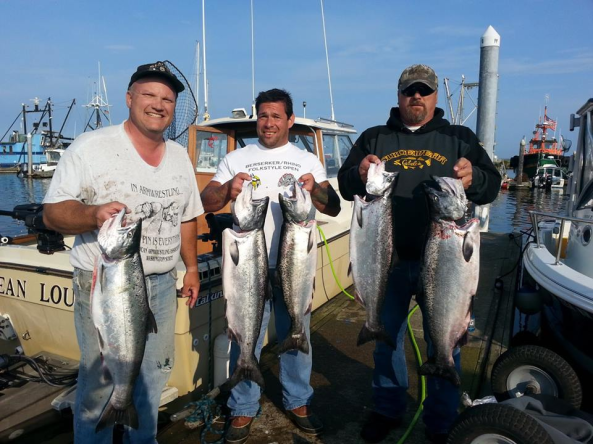 Kirk Calkins and friends with a nice mixed bag of kings and silvers from Westport Saturday morning.

OLYMPIA – Starting Monday, Aug. 18, anglers fishing in ocean waters off Westport can keep up to two chinook salmon as part of their two-salmon daily limit.

With that change, anglers will be allowed to keep two chinook per day in ocean waters off Westport (Marine Area 2), La Push (Marine Area 3) and Neah Bay (Marine Area 4).

Those fishing Marine Area 1 (Ilwaco) will continue to be limited to one chinook as part of their two-salmon daily limit.

All ocean areas are open to salmon fishing seven days per week. Wild coho must be released in all four areas.

Ron Warren, fisheries policy lead for the Washington Department of Fish and Wildlife (WDFW), said the previous daily limit of one chinook off Westport was designed to ensure the fishery would remain open the entire season.

“We’ve kept a close eye on the pace of catch in the area,” Warren said. “With sufficient quota remaining, we want to maximize the recreational fishing opportunity through the rest of the season.”

Fishery managers will continue to monitor the ocean salmon fishery throughout the season and will announce any other changes on WDFW’s website at https://fortress.wa.gov/dfw/erules/efishrules/rules_all_saltwater.j .

Additional information on the ocean fishery, including minimum size limits and catch guidelines, is available in the Washington Sport Fishing Rules pamphlet available at http://wdfw.wa.gov/fishing/regulations/ .

OLYMPIA – With the spring chinook fishery in the lower Yakima River just getting under way, a section of the river farther upstream will open to fishing May 17 from the Interstate 82 Bridge at Union Gap to the railroad bridge below Roza Dam.

Spring chinook are now moving into the lower river in increasing numbers, and should provide fishing opportunities in the upper river when that area opens for fishing, said John Easterbrooks, regional fish program manager for the Washington Department of Fish and Wildlife (WDFW).

Easterbrooks noted that 502 adult spring chinook salmon had been counted at Prosser Dam as of May 7 – a large portion of which were wild fish, typically more numerous early in the run. The first chinook crossed Roza Dam 80 miles upriver on May 5.

In all, an estimated 3,350 adult hatchery spring chinook salmon are predicted to return to the Yakima River this year.

“The lion’s share of the catch generally comes from the upper river below Roza Dam, although we did expand fishing opportunity in the lower river this year,” Easterbrooks said.

He noted that this year’s rules add 2.4 miles of fishable water near the mouth of the Yakima River by moving the lower boundary of the fishery downriver from the Interstate 182 bridge to the Highway 240 bridge.

Anglers fishing the Yakima River have a daily limit of two hatchery chinook, identifiable by a clipped adipose fin. All wild salmon and steelhead must be released unharmed and must not be removed from the water prior to release.

To participate in the fishery, anglers must possess a Columbia River Salmon/Steelhead Endorsement, along with a valid fishing license. Revenues from the CRSSE will be used to fund fishery monitoring and law enforcement. Anglers also have the option of purchasing a “two-pole endorsement” and fishing with two poles.

Endorsement revenues will also be used to fund the third and final year of a hooking mortality study below Roza Dam. With assistance from the Yakama Nation, a WDFW research team plans to radio-tag up to 150 wild spring chinook that have been hooked, played and released.

“Anglers who hook a salmon may be approached by a scientific technician as they play the fish,” Easterbrooks said. “If it’s a wild salmon with an intact adipose fin, the technician will assist in unhooking and releasing the fish after tagging it. The technician will also record the amount of time the fish was played, the hooking location, the condition of the fish and other relevant data.”

The technicians will also be fishing for the study, and will release all fish they catch once the fish have been tagged.

“We would appreciate anglers’ cooperation as we work to refine estimates that play a key role in managing fisheries,” Easterbrooks said. “Accurate estimates of hooking mortality are especially important in fisheries where WDFW must avoid exceeding impact limits on listed salmon stocks prescribed in fishery permits issued by NOAA-Fisheries.”

Easterbrooks also asks for anglers’ cooperation in helping to maintain walk-in access to fishing areas on both sides of the river below Roza Dam. That access includes:

“Public access across Roza Dam and adjacent private property is a privilege, not a right,” Easterbrooks said. “We’re asking anglers to do everything they can to make sure these two critical access points remain open for their use. Any damage or misuse of federal or private property could result in termination of the privilege for everyone during this year’s fishery and could reduce access to this important salmon fishing area in future years.” 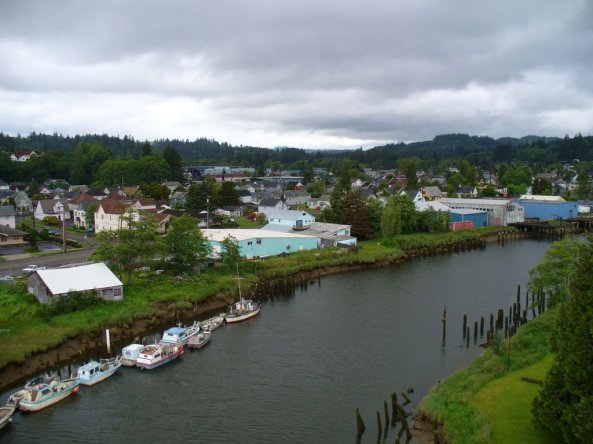 Directions:
Take Highway 4 west from Cathlamet or east from Naselle. To reach much of the middle portion of the river, take Loop Road south off the highway (midway between the town of Grays River, and the highway bridge over the river), or turn south on Highway 403 near Rosburg to reach the lower river.

Facilities:
Illwaco, the nearest town of any size, is about 20 miles to the southeast and offers all your amenities. About 30 miles to the west is Fort Canby State Park, which has tent and RV sites, restrooms with showers, and a small store.

Fishing the Grays River:
Once a pretty well respected winter steelhead stream, the Gray’s has slipped a few notches over the years. Although stocked with 40,000 to 50,000 steelhead smolts a year, the steelhead catch bumps up and down every year from 150-400 fish a winter. That’s probably a ray of hope for the visiting angler. When the few steelhead that return from their ocean adventures usually occurs in the months of December and January. Fall salmon fishing is a whole lot worse and is only open in certain areas. There can be some excellent cutthroat fishing in the months of October and November. I would stick with fishing a nightcrawler behind a slip sinker with a minimum of a 48″ leader.

Until further notice, all chinook must be released on main-stem Lewis River from mouth to mouth of East Fork.

Until further notice, all chinook must be released on the North Fork Lewis River from mouth of the East Fork to the overhead powerlines below Merwin Dam.

Through May 31, 2014, fishing is closed to all angling on the North Fork Lewis River from Johnson Creek (located downstream from the Lewis River Salmon Hatchery) upstream to Merwin Dam.

Reason for action: The pre-season forecast is for a return of 1,100 adult spring chinook to the Lewis in 2014. The closure is necessary to provide enough fish to meet the hatchery escapement goal of approximately 1,350 fish. 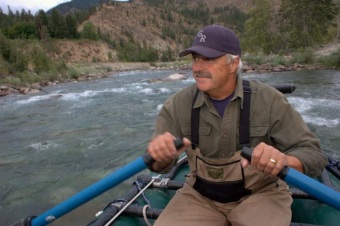 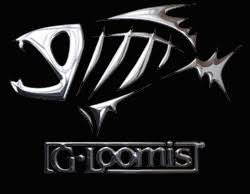 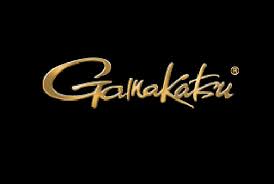 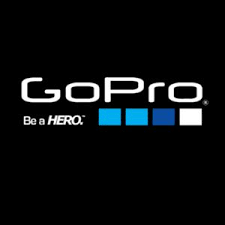 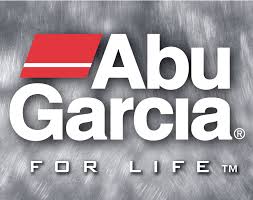 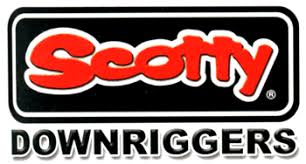 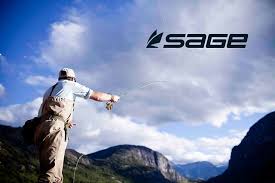 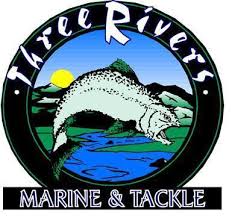 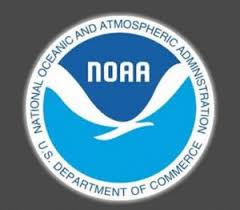 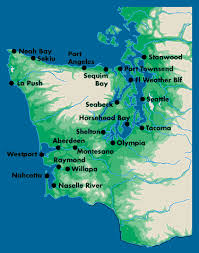 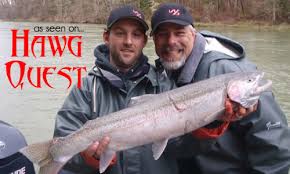 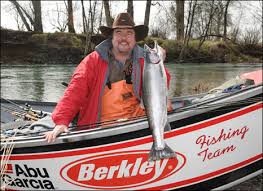 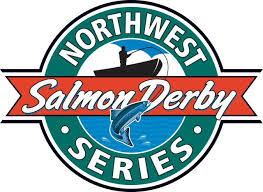